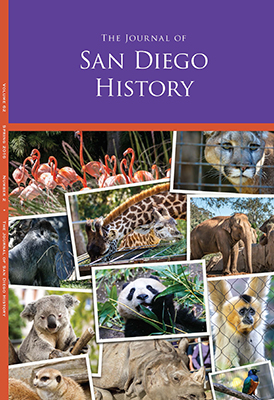 “Considered to be one of the most influential people in San Diego, Ed Fletcher (1872-1955) spun many tales that still dominate the City’s land development and water historiography. His embellished accounts of his own role in the Cuyamaca Water Company obscure a number of colorful episodes in San Diego’s history. This article revisits Fletcher’s life and times, highlighting stories about the “Bonanza King” James A. Murray (1840-1921); the accidental naming of Lake Murray; and a yacht club at Pebble Beach paid for, albeit indirectly, by San Diego county ratepayers.”